Global Youth Advocates Celebrate the Day of Valor with the Philippines

What is the Day of Valor in the Philippines?

Day of Valor, also known as “Araw ng Kagitingan,” is a non-working holiday where schools and businesses are closed to commemorate Filipinos’ service for their country during World War II.

In 1962, April 9 was dubbed as Bataan Day “in honor of the heroic defenders of Bataan and their parents, wives and/or widows” (REPUBLIC ACT NO. 3022). However, since 1980 “Araw ng Kagitingan” has been transformed to pay tribute to the heroes of both Bataan, Corregidor, and Bessang.

During this day, there are small parades in different parts of the Philippines. The main highlight of “Araw ng Kagitingan” is usually when the country’s president gives a speech at the Mount Samat Shrine in Bataan province. This is done to honor the Battle of Bataan, March of Bataan, and the Battle of Corregidor and of Bessang Pass, which were all struggles for freedom and democracy against invading Japanese military forces then, while the Philippines had a so-called allyship with the U.S. Military Forces.

What is the History of the Day of Valor?

During World War II on April 9, 1942, Major General Edward P. King from the United States of America, the commanding general of the Luzon Force, surrendered more than 76,000 Filipinos, Chinese, and American soldiers and civilians to the Japanese at dawn.

These prisoners of war were forced to take a nearly non-stop 145-kilometer hike to Camp O’Donnell in San Fernando to the north. Thousands of them died during this hike, thus being named Bataan Death March because of the mass starvation, dehydration, and diseases suffered before all could even reach the said camp. Despite these trials, some soldiers stood firm and heroes that emerged from the historical incident.

As mentioned, the Battles of Corregidor (May 5-6, 1942) and Bessang Pass (January 9 through June 15, 1945) against the Imperial Japanese Army is also celebrated during this day of memory, as well as respect for the heroism of soldiers protecting the Philippines’ freedom.

REPUBLIC ACT NO. 3022 – AN ACT PROCLAIMING THE NINTH DAY OF APRIL AS BATAAN DAY AND DECLARING IT AS A LEGAL HOLIDAY. Chan Robles Law Library. April 6, 1961. Retrieved February 11, 2021, from https://www.chanrobles.com/republicactno3022.html 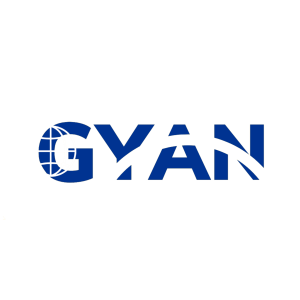